The skulls and bones of genocide victims at Nyamata church (southern Rwanda) have been left on site as a sobering reminder.

Up to 10,000 people were killed in and around the grounds of the church between april 14th – 19th, 1994, having sought protection there from the interahamwe and government forces.

The majority were killed by machete, whilst others were shot. 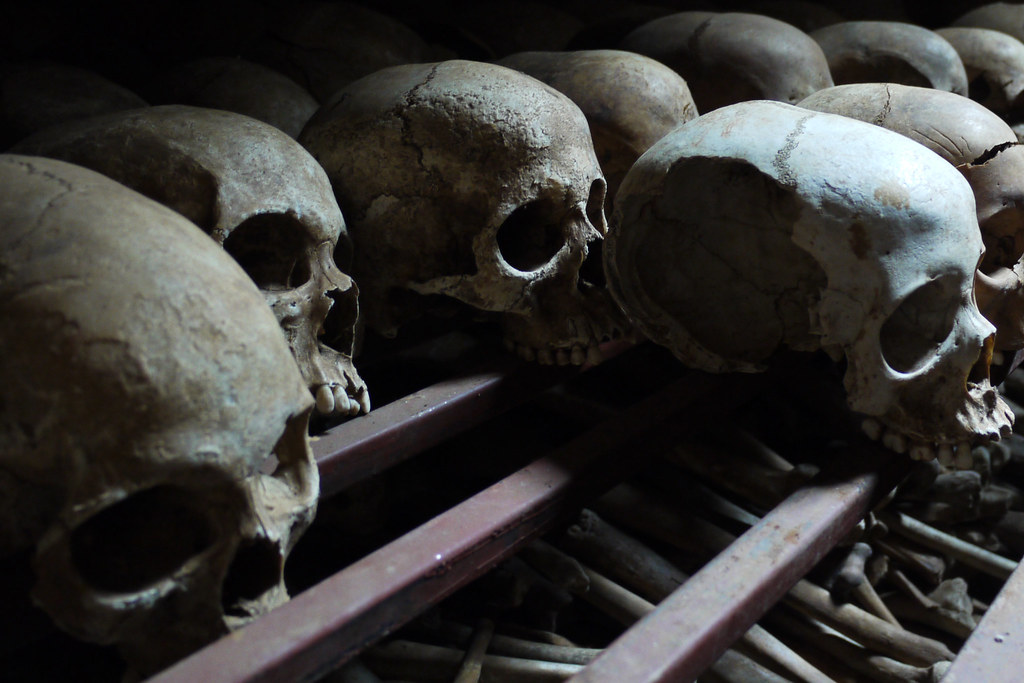