) was released from the house arrest. This was the date her detention had been set to expire according to a court ruling in August 2009. She appeared in front of a crowd of her supporters who rushed to her house in Rangoon when nearby barricades were removed by the security forces. The Nobel Peace Prize winner had been detained for 15 of the past 21 years. 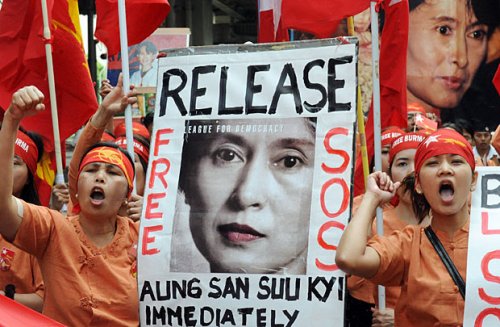