Incognito live are always some of the greatest concerts experiences you can have. With a new cd coming out the blend of well known songs and brand new tunes is simply stunning.

Tony is capable of lighting up every audience with his power. I have an autographed picture of me and him together after a concert, this man has got soul!

What can I say about Sid at the trumpet… I love trumpets, so I love him! Always front line, giving extra emphasis on the music.

Completely different attitude for Francis, he plays the bass, he invisibly drives the hole team of musicians… and he always looks so relaxed and peaceful. He probably already reached the nirvana playing so beautiful songs around the world. In fact I can’t think of an Incognito’s concert without him. And, trust me, I’ve seen a lot! 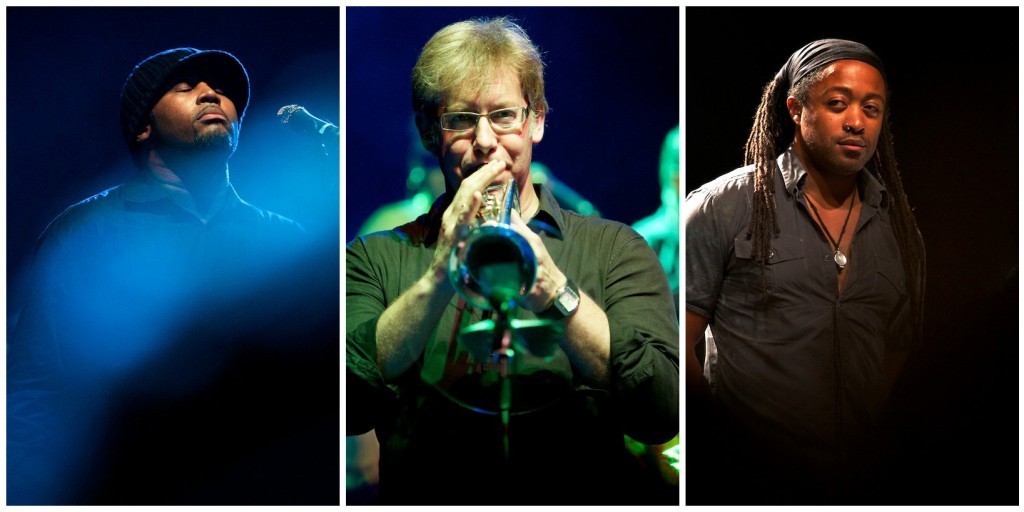 Matt Cooper was energetic in a way he only could be. Barefoot on the stage with the face of the happiest man on earth. That kind of musical ecstasy state I’ve seen before only in Pat Metheny’s percussionists.

How can I describe him… at a certain moment of the concert (theoretically at the end, in fact in the middle of it) all the musicians walked the center of the stage to say goodbye to the audience. When asked if we wanted some more we replied the only possible way shouting “YEEEAH!!!” So all musicians moved back to their instruments. Matt jumped at the keyboard and started straight playing the amazing’s Jacob’s Ladder piano start.

Tony had to shout “wait, wait, wait” and hit Matt’s arm to stop him. He had started playing long before the other musicians get beck to their instruments! 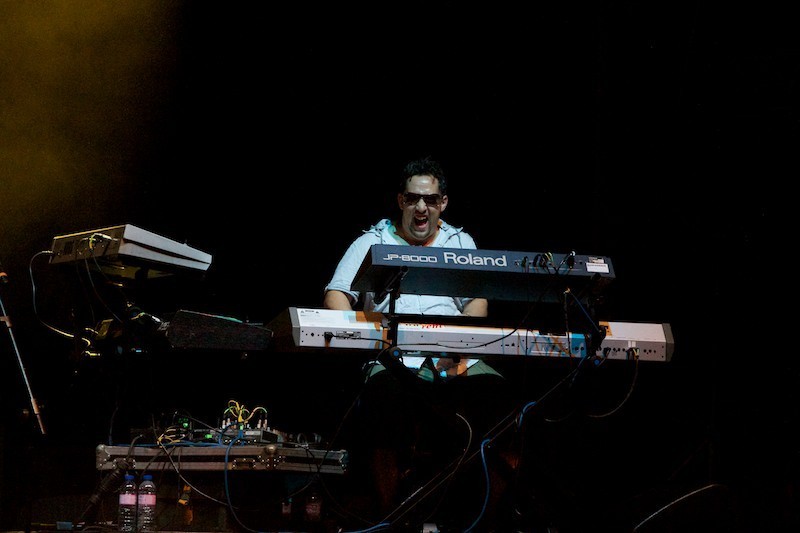 The energetic Matt Cooper at the keyboard

Joy Rose (right) has been awesome as usual. The name is really accurate in this case! Vanessa Haynes (left) with her feline singing really  blew stage! 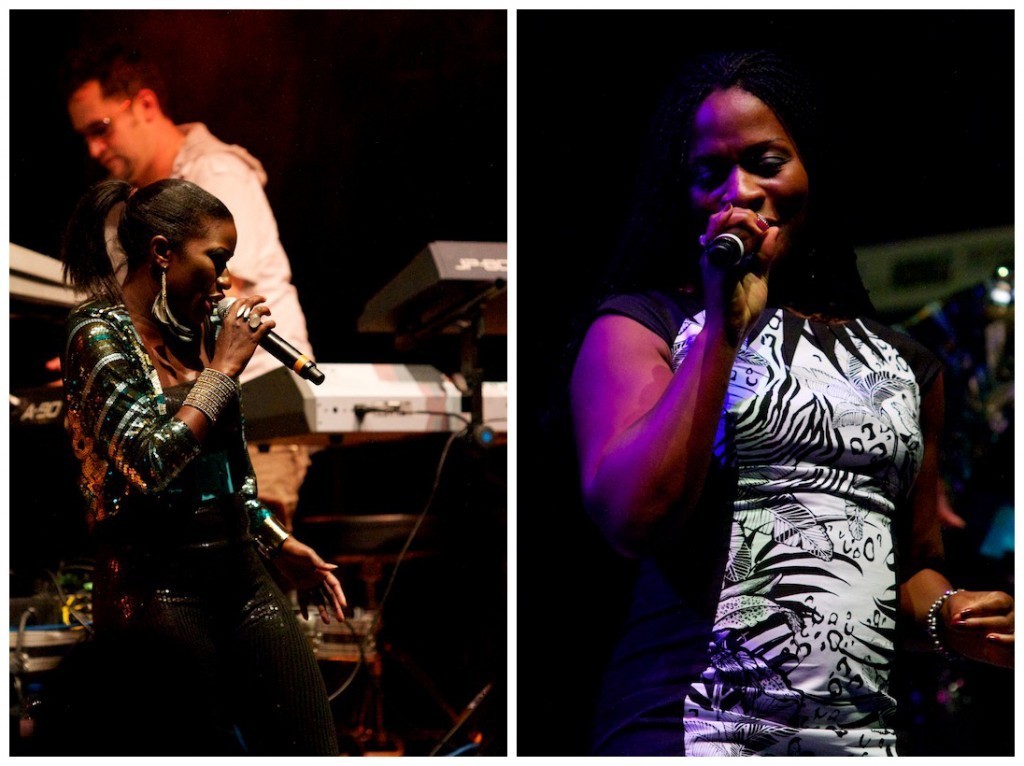 Another special thing happened during this concert. A cake appeared with Tony singing happy birthday to Joy. 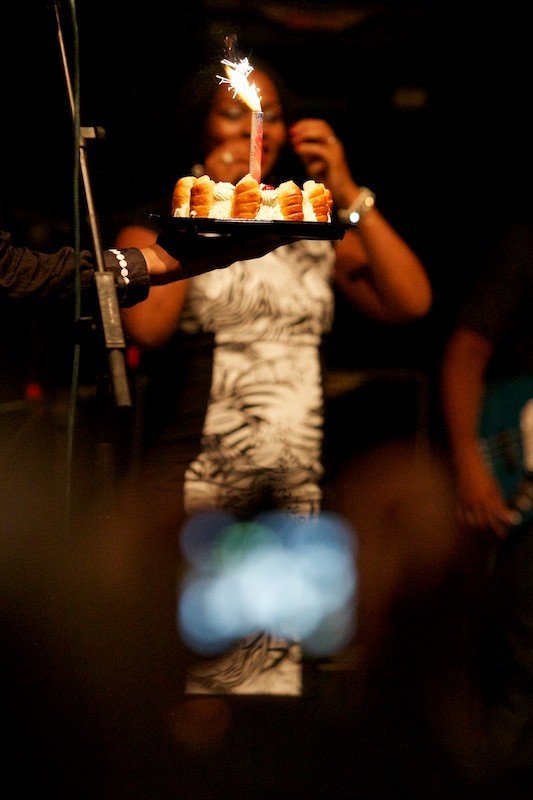 The Incognito has just released a double DVD of their concert for the 30th anniversary of the band. In this years Bluey has played with more than 1.500 musicians… thank you for you passion! 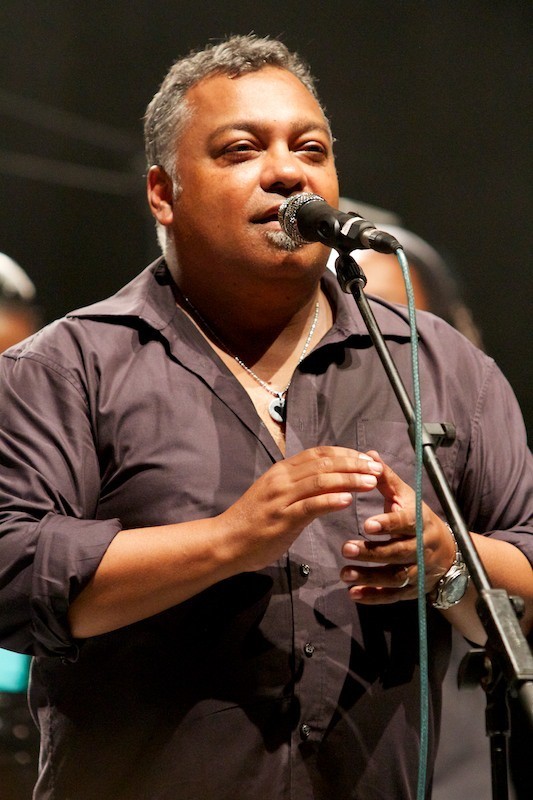