“As somebody once said, there’s a difference between a failure and a fiasco.

A failure is simply the non-presence of success. Any fool can accomplish failure.

But a fiasco… a fiasco is a disaster of mythic proportions.

A fiasco is a folktale told to others that makes other people feel more alive because it didn’t happen to them.”

from Elizabethtown with Orlando Bloom and Kirsten Dunst

Apple’s PDA Newton is probably the most famous Apple’s fiasco. This product was 15 years ahead and is probably the ancestor of every PDA and handheld platform that we have today.

Development of the newton platform started in 1987 and officially ended on February 27, 1998. Apple’s Newton and the iPhone are based on ARM processors. 162MHz on the Newton, 412MHz on the (first-gen) iPhone. 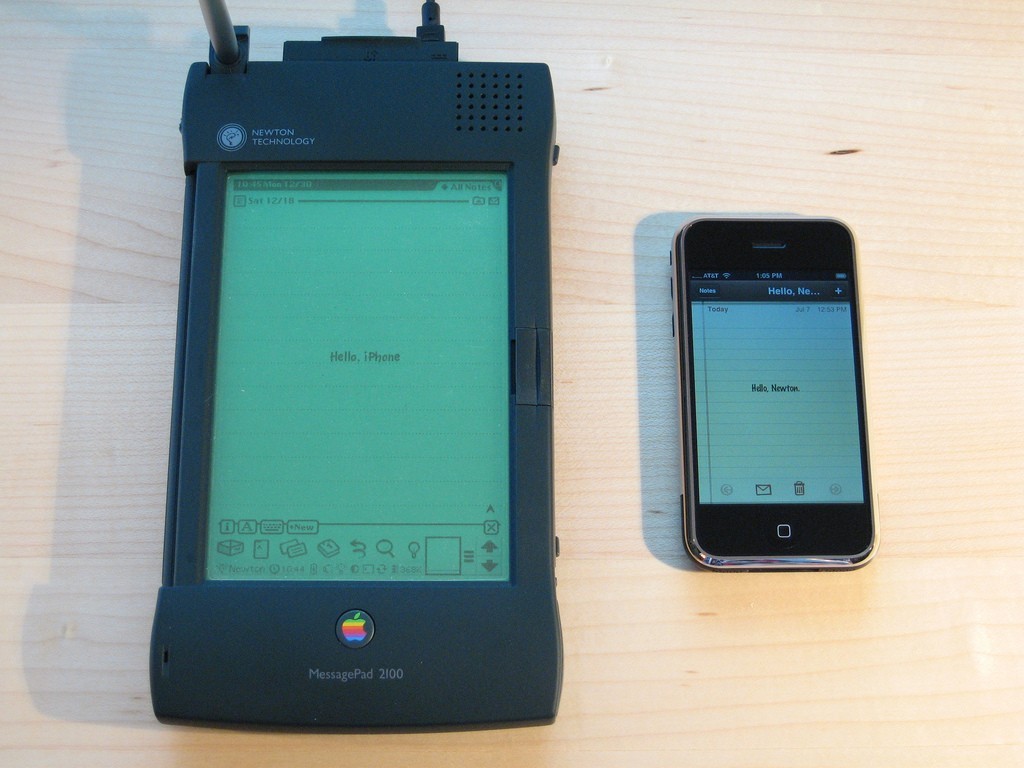 Newton and iPhone: ARM and ARM, originally uploaded by blakespot.